Donald G. has been a homeowner in Camden, SC for the past 15 years. Previously Donald was a military man which meant that he and his wife moved frequently. Now as a retired veteran he could finally really settle down somewhere. His roots were in Camden so he decided that was where he wanted to purchase his forever home. When Donald was getting a gas line repaired underneath his home he was told by the technician that there was a lot of moisture in the crawl space. Donald worried about the effects of what this moisture could do to his forever home. He decided that the best course of action was to find a company that could provide him with a lasting solution. When discussing the problem with his neighbor, they recommended Cantey Foundation Specialists. Donald called in and made an appointment for System Design Specialist Richard Early to inspect. Specialist Richard came out and did his inspection finding that there was a solution for Donald that would be lasting.

Cantey's CleanSpace system consists of a liner that is cut specifically to fit all areas of the crawl space. This liner creates a barrier between the ground below and the rest of the crawl space. The liner is secured to the crawl space using spray foam adhesive. Creating a solution to eliminate moisture and the chance for wood damage. The CleanSpace system also takes away the risk of mold growth and gives the home above cleaner, fresher air. Donald was given all the information on the CleanSpace system from Richard. He appreciated the honesty and trustworthiness he felt from Cantey which made him ultimately decide that this was the solution for him as well as the company to do the job right. Production Team Leader Israel Santana, Production Team Member Jonathan Lowder, and Production Team Member Austin Boan came out and effectively installed the CleanSpace system. Donald now has the peace of mind that his forever home is safe from the moisture damage he once worried about and is back to enjoying retirement. 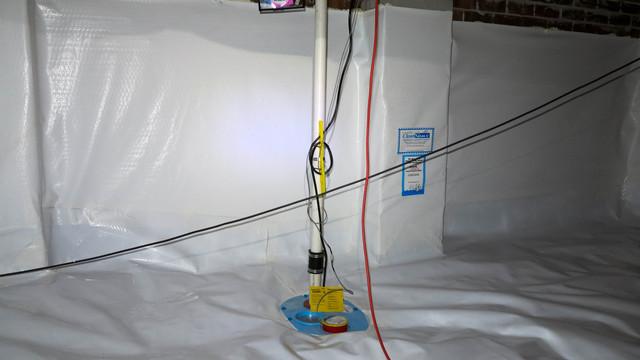 Along with the CleanSpace system, a SmartPump was installed to ensure that any excess moisture would be pumped out of the crawl space. 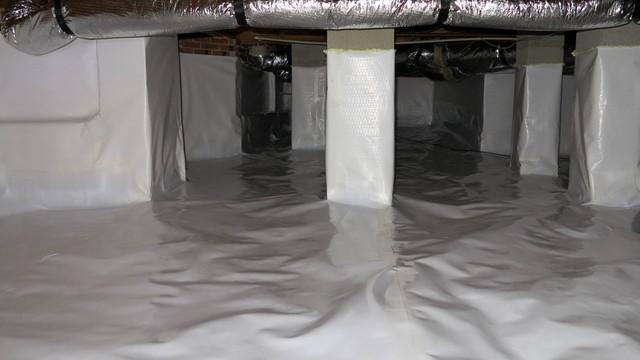 The entire crawl space is covered with CleanSpace material to create that perfect barrier. 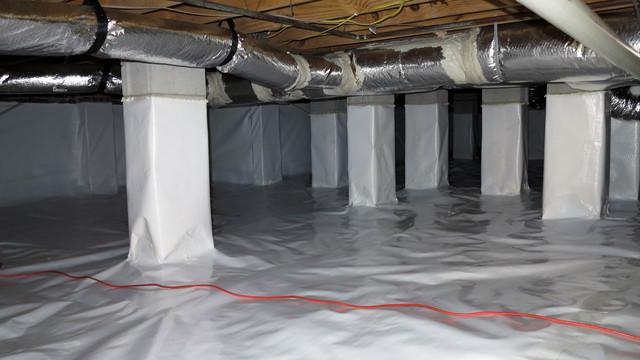 Not only does CleanSpace create a safer home but it also turns a crawl space into a usable storage area. 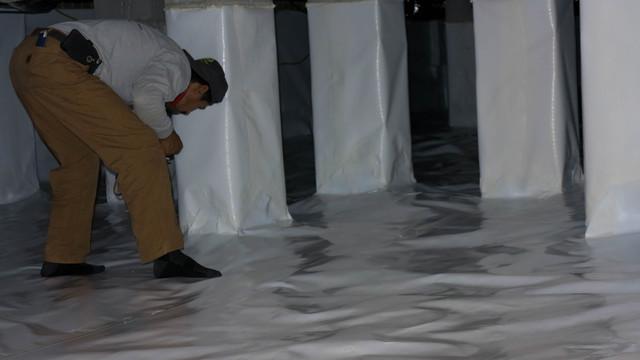 Production Team Leader Israel puts the finishing touch on the CleanSpace system before inviting Donald to take a look. 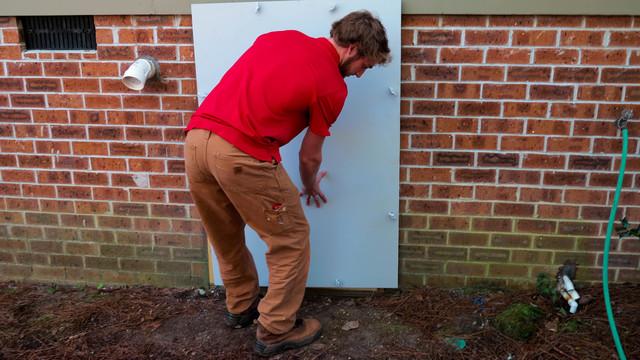