Dan B. has lived in Columbia, SC for all his life and now is a new homeowner. He bought his home in the hopes that it will be an investment he will keep for a long time. Currently, he is doing some renovations to get his home just the way he has envisioned it. One area he did not expect to have to fix was the garage. While pulling his car into it one day, the concrete broke around the area that was not level. Before, he had not worried about the unlevel concrete slab but now was a different story. Dealing with several contractors had proven difficult and Dan worried that any company that could fix his slab would be the same. He started searching online and after reading many reviews, he was blown away by what people had to say about Cantey Foundation Specialists. Dan called into Cantey and was set up for an appointment with System Design Specialist Alex Lovette. When Alex came out he did a thorough inspection of the concrete slabs that made up the garage. He found that Cantey's PolyLevel process could keep Dan's garage from getting worse and fix the problem areas. He explained that the PolyLevel process would begin with small holes being drilled through the concrete. The liquid PolyLevel is then injected underneath the concrete slab and within 15 minutes hardens. Once the PolyLevel is completely set, it has created lift and stabilization for the slab. The holes that were drilled, any cracks, or missing concrete are then filled in with Nexus Pro to make the concrete slab look just like new. Dan was impressed at Alex's knowledge of the process and felt sure that the PolyLevel process would be effective. Production Team Leader Jeremey Wilson and Production Team Member Nick Collins came out and successfully injected the PoyLevel process. Dan is so thrilled with his experience that he has recommended Cantey to all his family and friends. 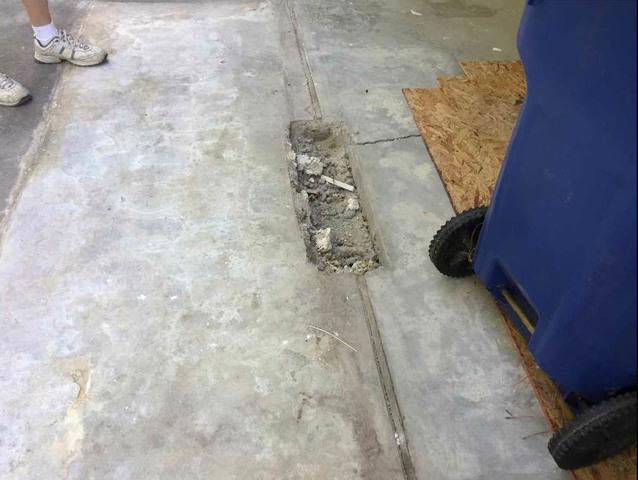 Homeowner Dan originally thought nothing of the unlevel concrete slabs but as it started to get worse, he worried. 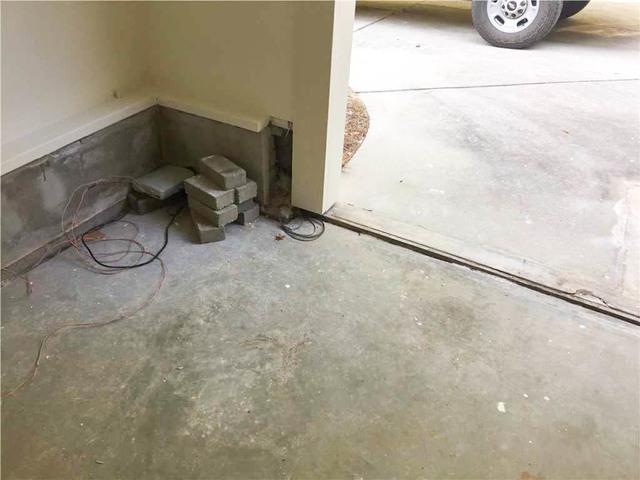 Concrete slabs becoming unlevel is a sign of a much worse problem happening underneath them. Voids begin to form because of soil wash out, leaving the concrete with no support. 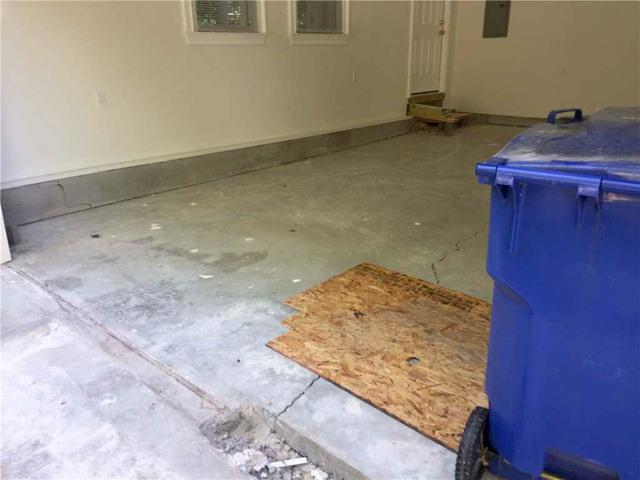 Cracks had begun to form along the rest of the garage, signaling an issue that needed to be solved. 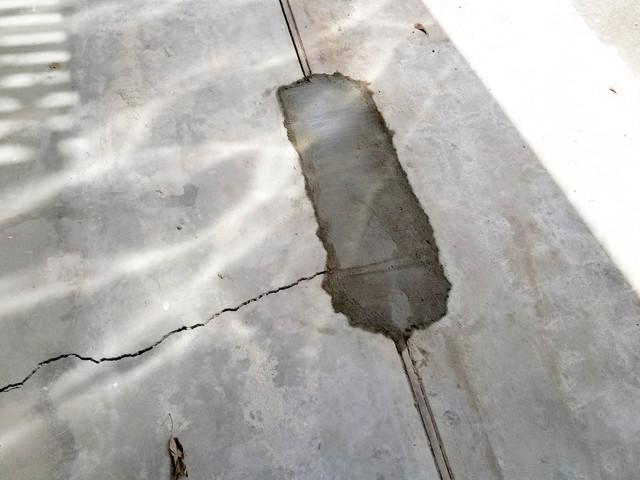 Stabilization at Its Finest