Claus and Elizabeth B. of Charleston, SC were ready to rent out the second property, but they knew that the home has a few problems including sagging floors, a rotting subfloor, and moisture issues in the crawl space.  After researching online, Claus called Cantey Foundation Specialists for a free inspection, which was completed by Specialist Grayson Forehand.  Specialist Grayson explained to Claus and his wife Elizabeth that the rotting subfloor was the cause of the sagging floors, and that if left untreated, the floors were unstable and dangerous.  But the problem of the subfloors was only the tip of the iceberg; the real reason the subfloor was in horrible condition was because the crawl space had high levels of humidity which caused wood rot and mold to grow.

Claus and Elizabeth wanted to have these problems corrected the right way, so they hired Cantey Foundation Specialists to install a CleanSpace encapsulation and replace all of the rotten wood beams, joists, and subfloor.  Cantey's Production Crew led by Foreman Sixto Lopez installed the CleanSpace which dropped the humidity levels to a more sustainable place, and the encapsulation left the crawl space clean, dry, and bright.  They also replaced the subfloor and joists, which allowed the home to be safely lived in for many years to come.  Now, Claus and Elizabeth can rent out their second property knowing the crawl space and foundation is in good hands. 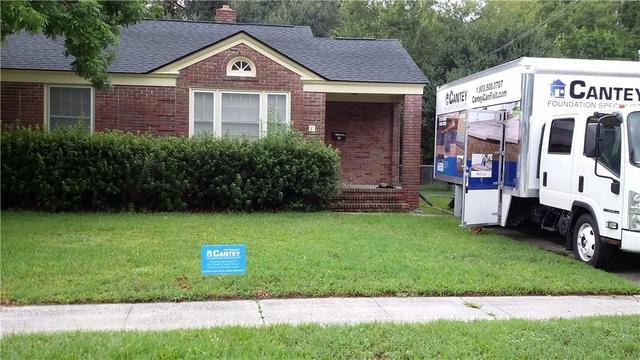 Claus and Elizabeth proudly put our Cantey sign in their front yard.

About the author
Portia is a recent addition to the Cantey Foundation Specialist family as a Marketing Specialist. Originally from Maryland, she graduated from Coastal Carolina University and moved to West Columbia in 2015. She enjoys photography and writing in her free time.