David M. and his wife bought an older Laurens, SC home in 2007 with the hopes of fixing it up. As newlyweds, they could not afford newer homes in the area but thought they could just do small fixes along the way. David had previously done some work on the crawl space by going and buying simple jacks to put on the beams that needed extra support. Unfortunately for David, these jacks only worked for a little while before the floor began to slope. David took a look into the crawl space and found that ultimately he was going to need professional help. Because of the baby that David had on the way, he needed a trusted company fast. He was determined to solidify his foundation to keep his wife and child safe from harm. He did a search on the internet to see what companies were local and could help give him a solution. David found Cantey Foundation Specialists in his search and made an appointment with System Design Specialist Katherine Dillon. When Specialist Katherine arrived for the appointment, she asked David a few questions about his current jacks before starting on an inspection. After the inspection, Katherine told David that Cantey had a patented SmartJack system that would be perfect for his crawl space.

The SmartJack system would begin the installment by removing sections of soil where each SmartJack would be installed and filled with tightly compacted crushed stone. This stone would create a solid foundation for the footing that would be placed on top of it, then a galvanized steel beam, a SmartJack, would be attached to the footing. Each steel beam would be attached to a long beam that would run along the top of the crawl space to give the floor lift. The SmartJacks would then be adjusted to create lift and a stable foundation. David believed in this solution and its ability to create a safer environment for his family. Production Team Leader Israel Santana, Production Team Member David Herbert, Production Team Member Jonathan Lowder, and Production Team Member Nick Riddick came out and successfully installed the SmartJack system. David and his wife are now awaiting bringing their new bundle of joy to a safer, more stable home. 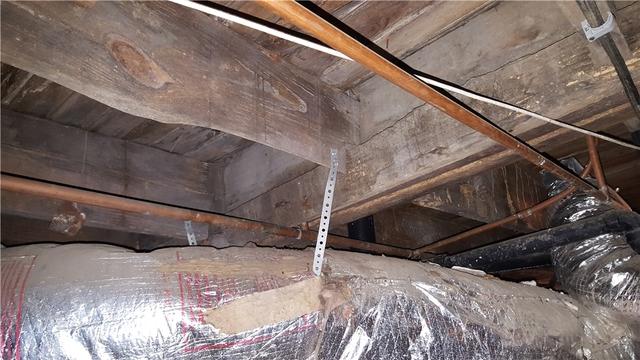 The beams on this home needed extra help with support. 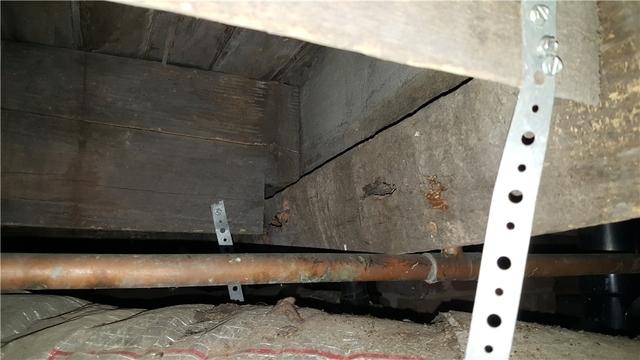 Wooden beams are often susceptible to the elements around them, making it difficult to provide the proper support on its own. 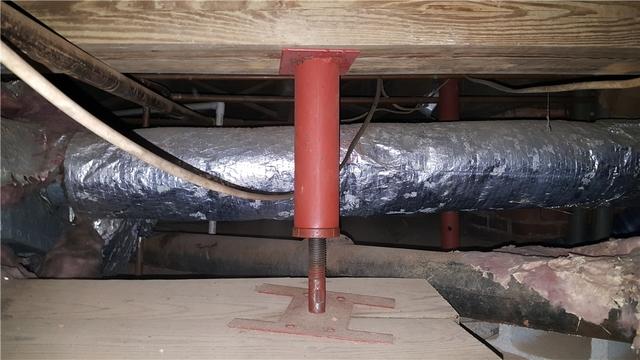 Jacks such as these can be a quick and easy fix but they are not a lasting solution like the SmartJack system.