Commercial Foundations Before & After Photos 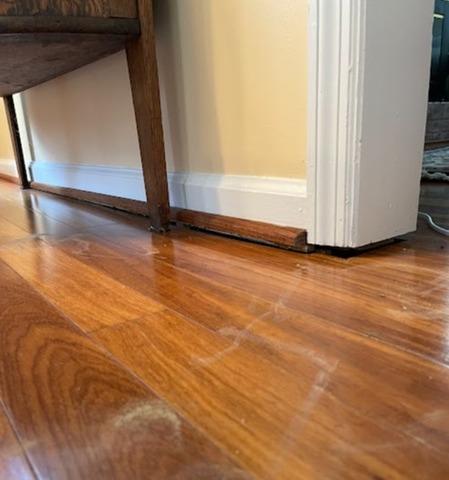 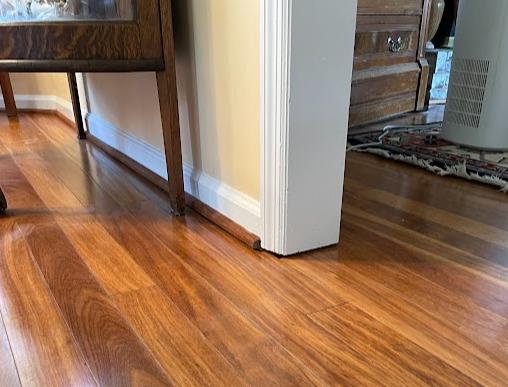 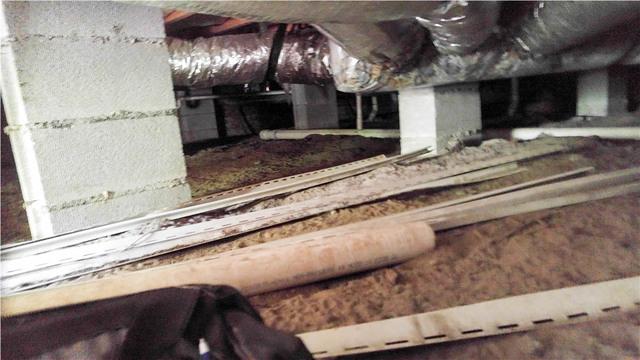 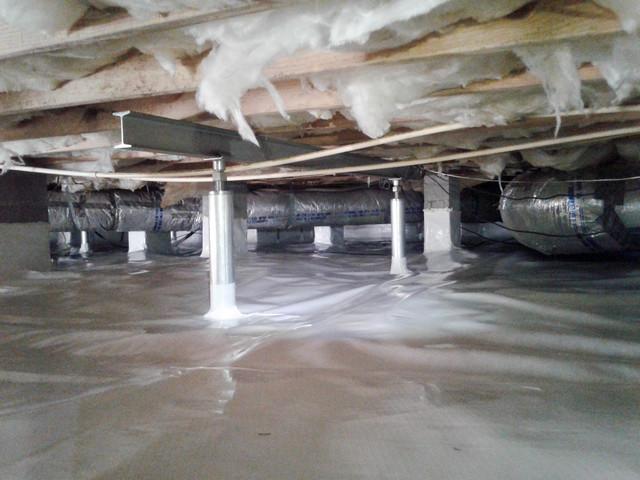 Michelle H. bought her home in Hartsville, SC a few years ago and loves it. She went to college in Hartsville and since then has considered it home. She found a great job and decided to purchase a home right outside of town. Shortly after moving in, she started to notice the floor sagging in the living room and a drop in the guest bathroom floor. She knew these problems were not going to fix themselves and began her search for just the right company to help. Being a single woman who does not know much about home repair, Michelle wanted to find a company that she could trust. On the radio one morning, she heard an advertisement for Cantey Foundation Specialists and decided to call in. She was scheduled for an appointment and even received a packet in the mail with information on Cantey's products and about the System Design Specialist John Adams who was coming to her home. Before John arrived, Michelle already felt comfortable which made the inspection easier. John went into her crawl space and found the places where the floors were sagging. When he completed the inspection, he sat down with Michelle to tell her about Cantey's patented SmartJack system. Sections of soil would be removed where each SmartJack would be installed and filled with tightly compacted crushed stone. This stone would create a solid foundation for the footing that would be placed on top of it, then a galvanized steel beam, a SmartJack, would be attached to the footing. Each steel beam would be attached to a long beam that would run along the top of the crawl space to give the floor lift. The SmartJacks would then be adjusted to create lift and a stable foundation. Michelle appreciated how knowledgeable John was and decided the SmartJack system was right for her. Production Team Leader Israel Santana, Production Team Member Jesus Gonzalez, Production Team Member Matthew Kelley, and Production Team Member Zenen Dominguez came out and effectively installed the SmartJack system. Michelle could not be happier with the results and feels safer in her own home thanks to Cantey's solution. 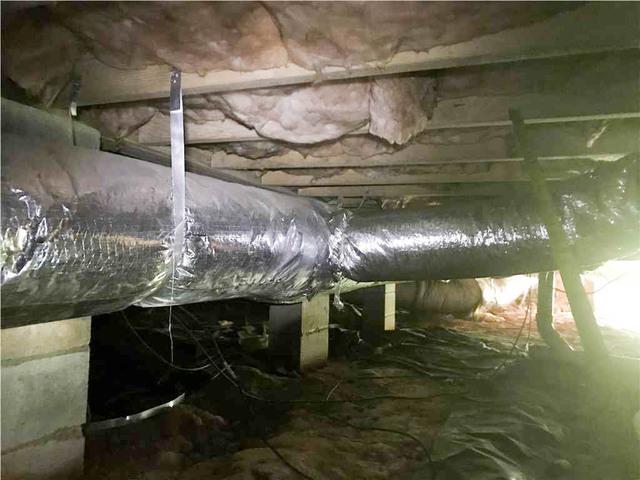 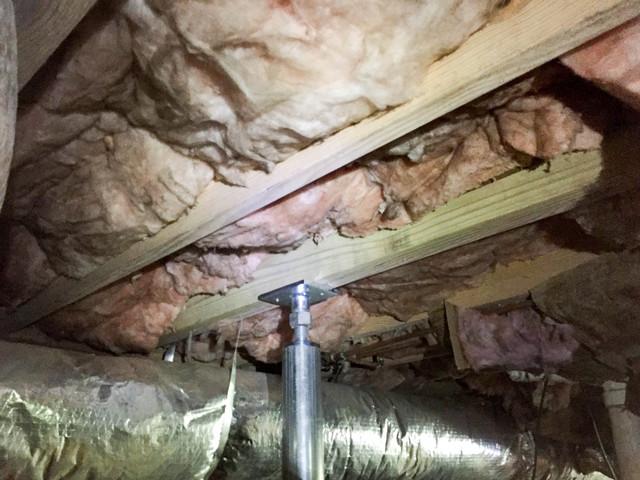 Cheri B. has owned her home in Gaffney, SC for 20 years now. Since retiring, Cheri has found different activities to do at home and out with friends. She joined a church group that has introduced her to knitting and her new favorite, baking. Cheri had baked a few times over the years but it was never a regular hobby. She loves baking different pies, cookies, and cakes for church fundraisers or just to share with friends and neighbors. Cheri's church was having their annual Fall Festival so she was hard at work in her kitchen until her foot slipped on her sloping floor and all her hard work was ruined. Luckily, she was alright but she worried about her safety as she enjoyed her favorite past time. While watching the news that evening, she saw a commercial for Cantey Foundation Specialists. She felt like Cantey was the right company to call and made an appointment the next day. System Design Specialist Ryan Holloway came out and did an inspection of Cheri's floor and crawl space. Ryan found that Cheri needed extra support and lift that could be provided by Cantey's patented SmartJack system. The SmartJack system begins with soil removal at the places that the SmartJacks will be installed. These removal sites are then filled with tightly compact crush stone. A footing is then placed on top of this stone where the SmartJack will be attached. Once the top of the SmartJack has been attached to the beam above, it is adjusted to create lift and stability. Production Team Leader Dallas Darity, Production Team Member Dallas Elgin, Production Team Member David Watson came out and successfully installed the SmartJack system to Cheri's home. Cheri is now underway with yet another baking project but no longer has to fear about her safety while she is hard at work. 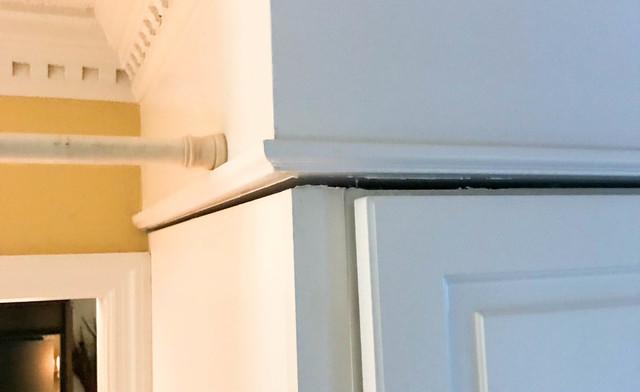 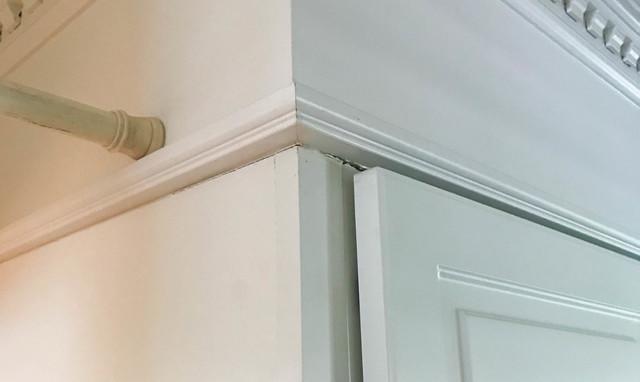 Richard R. and his wife have owned their home in Pacolet, SC for quite some time. They raised their children in the home and do not plan to leave. While they are still here, they are doing everything they can to ensure that the home their children inherit is in great condition. Richard has worked with a few contractors to do some much-needed fixes around the house. One aspect of his home that has always bothered him is the kitchen cabinets that had sunk over time. When Richard heard from one of his friends about Cantey Foundation Specialists and the amazing work they do, he knew he had to call. Richard called in and after expressing his concerns about his kitchen, he was scheduled for an appointment with System Design Specialist Jamie Beresford. Jamie arrived for the appointment and took a look in the kitchen before inspecting the crawl space. After his inspection, he sat down with Richard to explain how Cantey's SmartJack system would be the right solution. The SmartJack system would begin with soil being removed at the sites for the SmartJacks. These sections would then be filled with tightly compacted crushed stone. This crushed stone would not have the movement of the soil which becomes the perfect base for the SmartJack. A footing is then installed on top of the stone where the SmartJack is attached at the bottom and then at the top to the beam above. Once each SmartJack is secure, all of them can be adjusted to create lift and stabilization for the floor above. Richard felt that the SmartJacks would fill the gap that he desperately wanted to see gone so he scheduled an installation date. Production Team Leader Aubrey McJunkin, Production Team Member Oscar Mota, and Production Team Member David Watson came out and effectively installed the SmartJack system. Richard is pleased with the outcome and is confident that the SmartJack system will add value to the home he will pass on to his children. 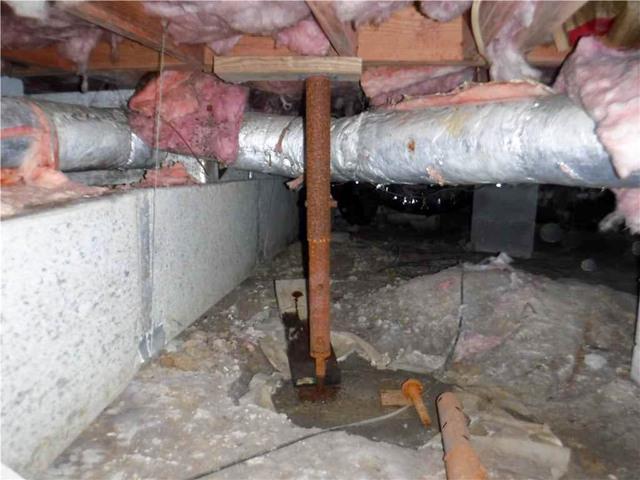 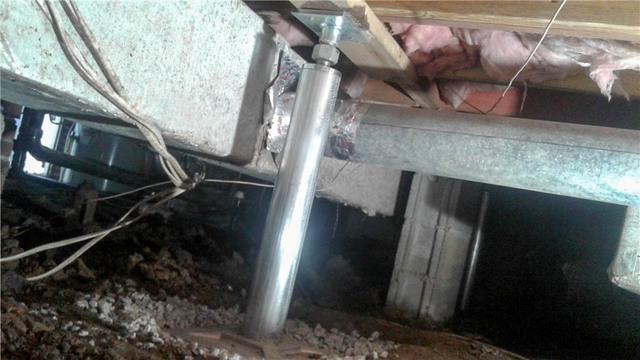 Linda and Gary S. have lived in their Conway, SC home for about 10 years. After retirement, they chose to leave the colder winters up North to be closer to the beach. This home was a perfect size and fit what they were looking for from the start. Since their home was slightly older than the others they looked at, they had to do some remodeling and fixing. It was just as they had envisioned it until the storms of hurricane Matthew came through. The flooding from the storms caused harm to their foundation and washed out a lot of the soil that was underneath their home. Their home no longer had the proper support and they needed to find a solution. Linda and Gary had friends down the street with a similar problem, who had called Cantey Foundation Specialists. Gary took a look at the work that was done once it was completed and wanted the same for his home. Linda called Cantey the next day and was set up for an appointment with System Design Specialist Grayson Forehand. Grayson did a thorough inspection and found that the SmartJack system would be the right solution for this home. He explained to Linda and Gary that the process of installation would begin with soil removal at the sites for the SmartJacks. Tightly compact crushed stone is then put into this space to create a more stable foundation that will not wash out. A footing is placed on top of the stone, where a SmartJack would be installed and attached to the beam above. Once the SmartJack is secure, it can be adjusted to create lift and stabilization. Linda and Gary felt that this system would protect their home and provide peace of mind. Production Team Leader Israel Santana, Production Team Member Jonathan Lowder, and Production Team Member Austin Boan came out and successfully installed the SmartJack system. Linda and Gary are confident in the structure of their forever home and recommend Cantey to others in the area that have similar problems.