This house had a huge moisture problem. The water that sat under the house created a mold problem and began rotting the wooden joists and beams under the house. The mold and wood rot creates unhealthy air that eventually makes its way into the home. Eddie met with the homeowner, did a thorough inspection and offered a win win solution.

Jeorge and his crew had a lot of work to do. The mold under the house was the first issue. The entire crawl space required a Mold-X fogging first. When it was safe to return, the wood that had rotted had to be replaced. Also, to prevent future problems, they installed drainage matting (the brown layer you see on the ground). Also, a vapor barrier was installed through out and a dehumidifier was set up in the crawl space. They also installed a couple of smart jacks that were used to level the floors of the house that had begun to sag from the moisture. The crew worked hard in the hot August temperatures but the outcome was phenomenal. They even helped the homeowner out with a few other things while they were there and he was very pleased. 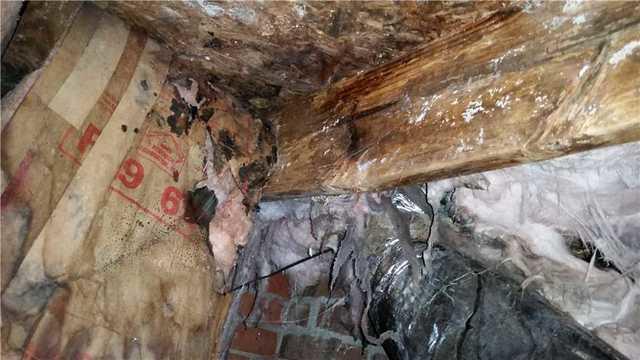 You can see mold, falling insulation and wood rot in the customer's crawl space. 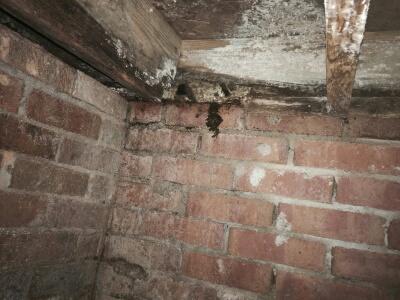 This is another view of the moisture and wood rot in the space. 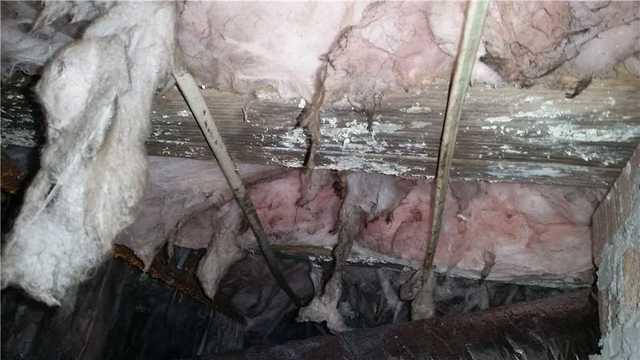 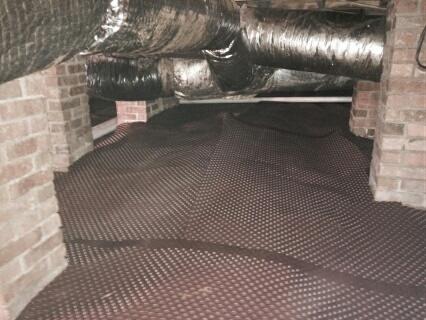 Drainage matting is installed before CleanSpace. 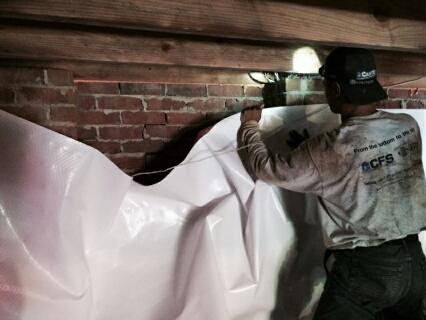 One of crew members begins encapsulating the crawl space with CleanSpace. 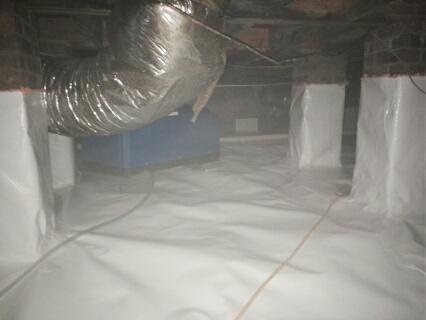 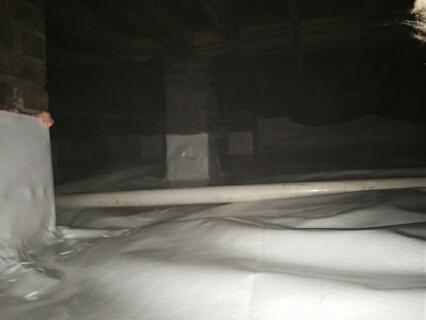