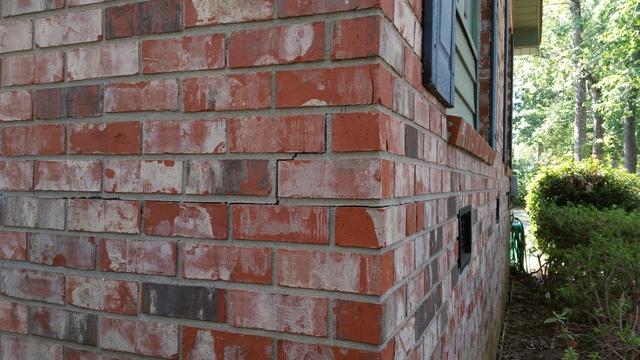 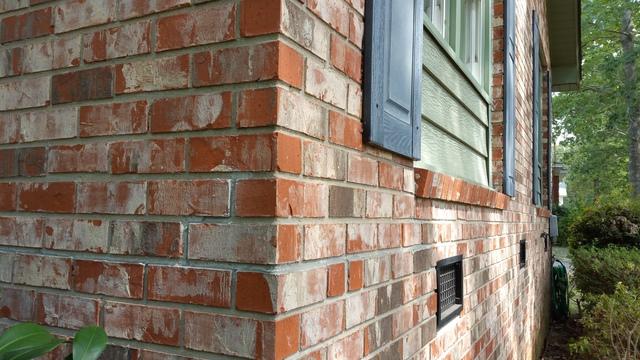 Here you can see the cracks in this homeowner's bricks. The foundation was settling on the left side of the house. Our call center made an appointment with the owners to meet with our specialist Will who was able to diagnose the problem and come up with the best solution for them to repair the problem. Push piers were installed on the settling side of the house making the home safe and sound. 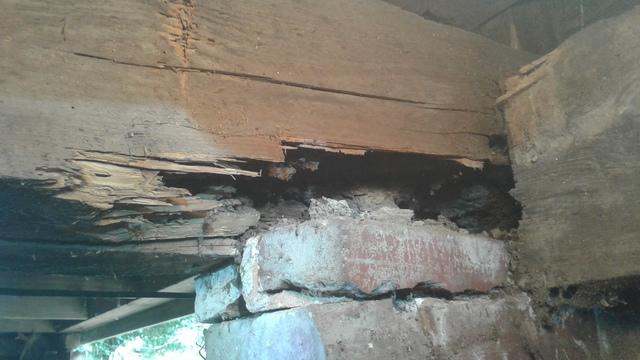 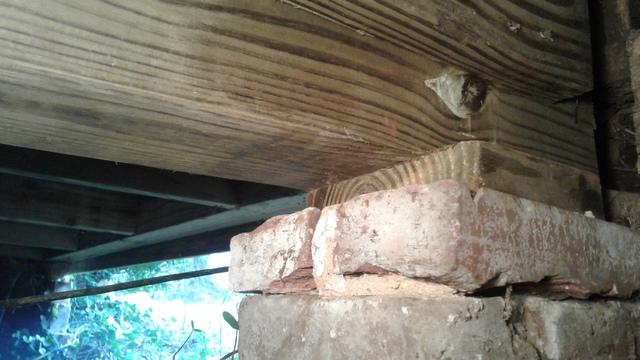 John L. of Wellford, SC noticed his floors were beginning to sag between his kitchen and dining room, but he left it alone until his pest control company completed an inspection.  The pest control company found termite damaged wood in the crawl space which weakened the structural support.  The pest control company referred John to Cantey Foundation Specialists, and he received a free inspection and estimate by Specialist Katherine Dillon.  Within a few weeks, John's termite damaged wood beams were replaced with our treated lumber, which brought the floor back to level and strengthened the structure.  Now, John can enjoy his home for years to come! 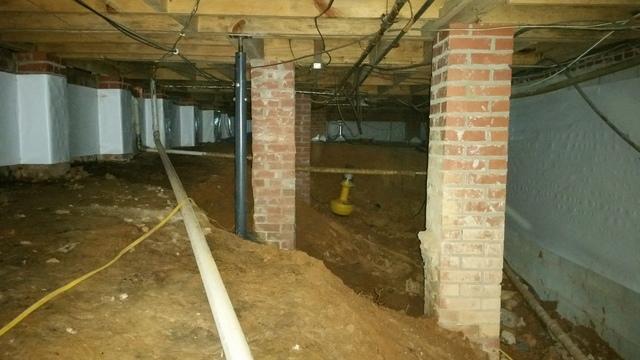 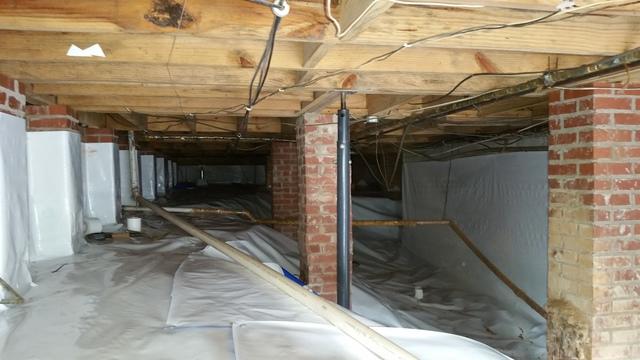 Chad B. called Cantey Foundation Specialists because his crawl space was damp and moldy, which caused the wood joists to slowly rot away.  Knowing that these simple problems would only create more problems in the future, Chad (with the help of Cantey Foundation Specialists) decided to encapsulate his crawl space.  After only a day, his entire crawlspace was covered and the humidity levels dropped to a normal percentage.  Now, Chad does not have to worry about organic growth, rotting wood, or creatures living beneath his home! 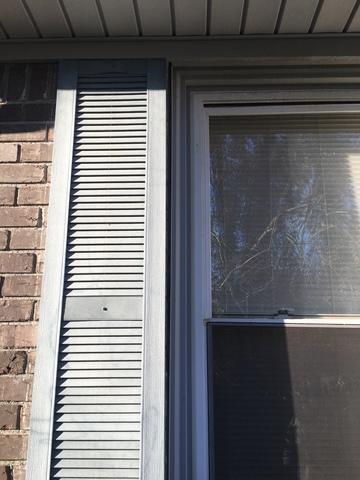 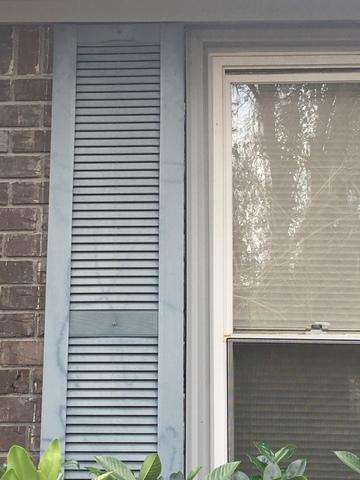 Ashatina B. moved into her family home in Mauldin, SC a few years ago.  She noticed brick cracks and hard to open doors throughout her life while growing up in the home, but until now she never gave it another thought.  Now left with a serious foundation issue, Ashatina searched online for a reputable company who could give a free estimate.  She found CanteyCanFixIt.com, and she signed up for the free inspection the very next day.  Specialist Kendall Moore inspected the home, and he found issues in her crawl space and exterior foundation.  He suggested that we install our patented SmartJack crawl space jack solution which would lift and permanently stabilize her sagging floors throughout the home.  He also suggested that we install Helical Piers, which would push deep enough to the solid rock found far below the surface.  Ashatina hired Cantey Foundation Specialists, and now she has the peace of mind that her home with no longer settle in her lifetime!

SmartJacks: The Gift That Keeps on Giving in Spartanburg, SC 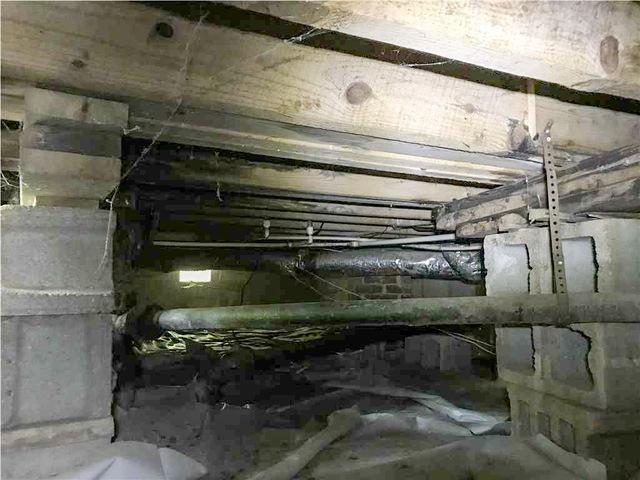 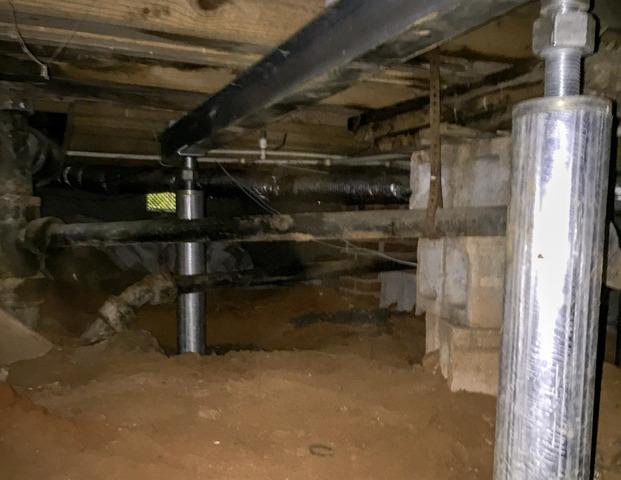 Mary B. has owned her home in Spartanburg, SC for many years and recently decided it was the best place for her daughter to raise her family. Of course, she wanted a full inspection done on the home to ensure the safety of her daughter and grandchildren. She was alerted to the sloping floor in her bathroom and how this floor would only get worse over time. Her husband suggested that they call Cantey Foundation Specialists and get a free no obligation inspection. System Design Specialist Ryan Holloway came out to do the inspection for Mary and found that her foundation was beginning to sink. The solution to Mary's problem was the simple installation of Cantey's SmartJack system. There would be holes dug along the crawl space that would be filled with tightly compacted stone that would be a resting place for a perfectly sized structural footing. These structural footings would then be attached to a steel beam that would be attached to the home and run the length of the crawl space. This would create solid foundation support for the floors of this home. Mary agreed that this was the right plan for her home and her family. Production Team Leader Dallas Darity, Production Team Member Dallas Elgin, and Production Team Member David Watson came out and effectively installed the SmartJack system. Mary is now helping her daughter and family move into a safe and structurally sound home thanks to the Cantey team.